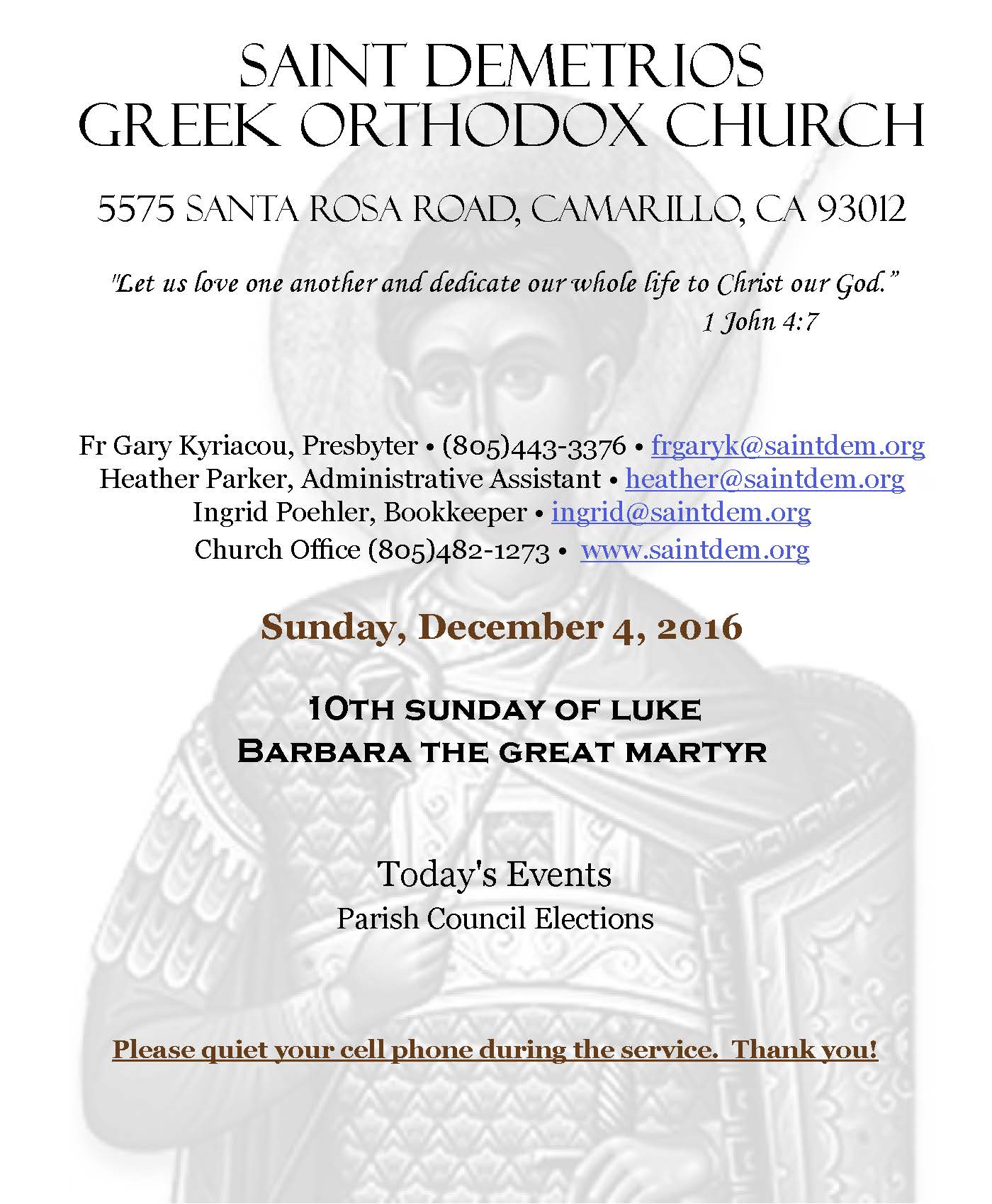 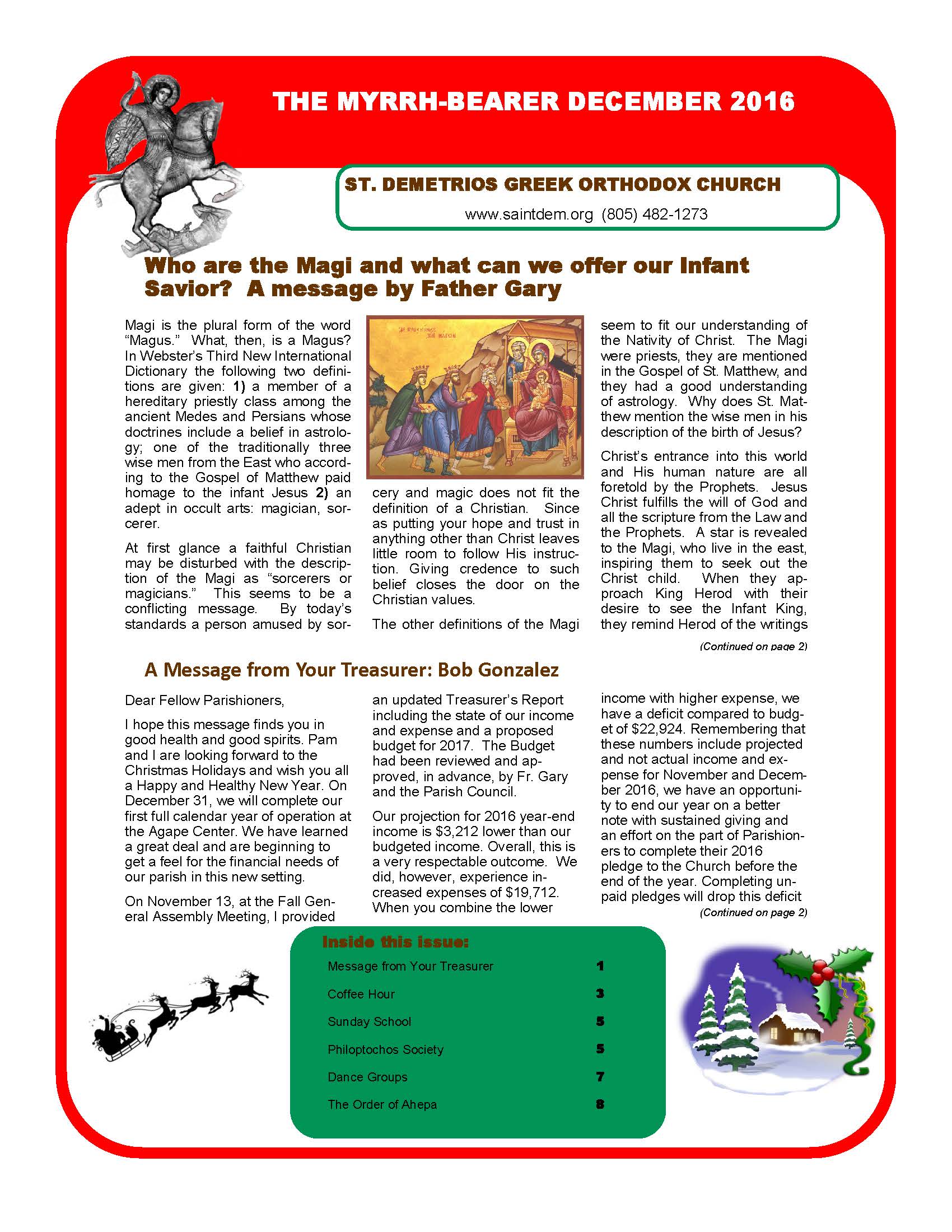 Who are the Magi and what can we offer our Infant Savior?

Magi is the plural form of the word “Magus.” What, then, is a Magus? In Webster’s Third New International Dictionary the following two definitions are given: 1) a member of a hereditary priestly class among the ancient Medes and Persians whose doctrines include a belief in astrology; one of the traditionally three wise men from the East who according to the Gospel of Matthew paid homage to the infant Jesus 2) an adept in occult arts: magician, sorcerer.

At first glance a faithful Christian may be disturbed with the description of the Magi as “sorcerers or magicians.” This seems to be a conflicting message. By today’s standards a person amused by sorcery and magic does not fit the definition of a Christian. Since as putting your hope and trust in anything other than Christ leaves little room to follow His instruction. Giving credence to such belief closes the door on the Christian values.

The other definitions of the Magi seem to fit our understanding of the Nativity of Christ. The Magi were priests, they are mentioned in the Gospel of St. Matthew, and they had a good understanding of astrology. Why does St. Matthew mention the wise men in his description of the birth of Jesus?

Christ’s entrance into this world and His human nature are all foretold by the Prophets. Jesus Christ fulfills the will of God and all the scripture from the Law and the Prophets. A star is revealed to the Magi, who live in the east, inspiring them to seek out the Christ child. When they approach King Herod with their desire to see the Infant King, they remind Herod of the writings of the Prophet Micah who exclaimed, “But you, O Bethlehem . . . from you shall come a ruler who will govern my people Israel.” Herod then sends them out to find the baby Jesus.

Matthew’s mention of the actions of the Magi be-comes clearer when we focus on their conduct as they encounter the “place where the child was.” “They fell down and worshipped Him. Then, opening their treasures, they offered Him gifts, gold, frankincense, and myrrh. (Matthew 2:11)” Three of the wisest men in all of Judea knelt before an infant! An infant who had no words of wisdom to share, they knelt before him, gave praise, and offered gifts. St. Mat-thews mention of the Magi is an exhibition in humility. A great sign was revealed to these intelligent priests, and through faith, they sought after the Savior offering their treasure. They abandoned the superstitions of their forefathers and find new life in Christ!

What are gold, frankincense, and myrrh, and what is their significance? Frankincense was a very valuable commodity in ancient times. It is an incense taken from the gum resin of east African or Arabian trees. Myrrh is a yellow to reddish brown aromatic bitter gum resin that is also obtained from trees found in east Africa or Arabic countries. In ancient times people used myrrh as the chief ingredient for a sweet smelling perfume and a remedy for a local application. Gold represents extreme value, and is one of the most desirable minerals of all time.

The hymns chanted on the feast day of the Nativity make very few references to the crucifixion and death of Jesus. They mainly concentrate on Christ, the Word of God, “the Logos,” taking on flesh and entering the world in human form. The gifts of the Magi are mentioned in hymns chanted on the day after Christmas. In those hymns the gifts make reference to the three days Christ spends in the tomb. Gold, the most celebrated earthly possession, rising to heaven with the two, very valuable, forms of incense (frankincense and myrrh).

What can we offer the Infant Savior this Christ-mas? Like the Magi, let us first offer our humility by acknowledging His divinity. Let’s fall down before Him and worship Christ God. The Magi were renewed by the Birth of Jesus. When they left the cave, the birthplace of our Lord, they also left behind their former practices of sorcery and magic. They were renewed by the nativity of our Lord. Let us take the example of the three wise men and leave behind our evil ways. Lets abandon our attachment to the devices of this world and seek out the peace of God.

Lets renew ourselves with the Birth of our Lord!

Christ is born.
Glorify Him!