The Falling Asleep in the Lord of
Rev. Father Matthew 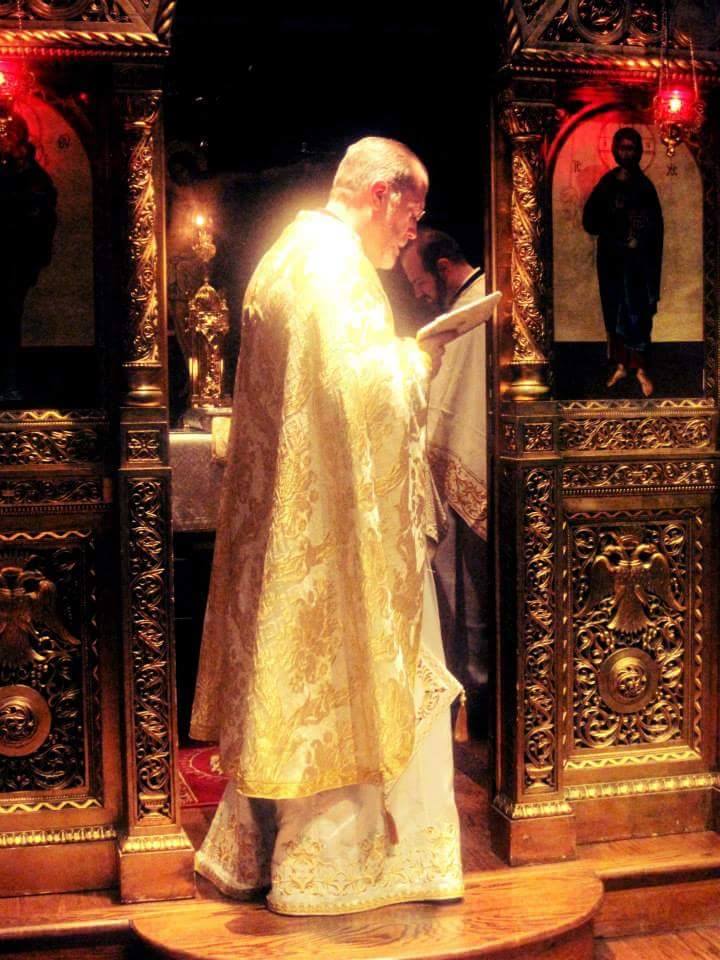 It is with deep sadness but great hope in the Resurrection, that I tell you our wonderful father, husband, papou, priest and friend, fell asleep in the Lord, early morning on the eve of Panagia's feastday (Sept. 7) after a short but fierce three month battle with metastatic lung cancer that spread throughout his body.

My Dad was a humble man, a simple man-one who loved his family and his Faith with all his heart. In all that he did, he put his family, Faith, and church before himself. He was a compassionate man who forgave all. He was a man who spoke simply but his actions spoke loudly.

The world may think we lost a great man too soon, but I know he is with us even still. I am grateful to have spent the last nine out of the twelve weeks with him since his diagnosis and was at his side when he passed away.

I have learned so much from his courage, his strength and his great Faith in God. Not once did he say, 'why me?' He accepted this cross and carried it til the end. Even in his last breaths, his strength and Faith shown through. The disease may have taken over his body, but his smile and his spirit remained until the end.

We love you, Dad. We always will.